Posted on March 14, 2014 by Ara Hagopian's The LITERATE Show

It was the summer of 1978. The three of us, thirteen-year-old neighborhood boys, stood in front of the old abandoned Maxim house. Old lady Maxim had been dead for a few years. She’d been a crabby one, to us, to everyone, in the years we’d walk home from school and pass her house. She’d lived alone for as long as we’d known. And now she was gone.

We stepped onto rotted boards and entered the house. She’d had no one to settle her affairs. No one to lock the door. No one to secure the premises, to maintain or sell or paint or repair; no one to do the things friends of the elderly do, as they must, every day.

At our age, we considered none of these things. And so, there we were.

The interior was a time capsule to the mid-Twentieth Century, full of daily items just waiting for Ms. Maxim to return from that one last errand she took to the edge of her life. Why not? There’d always been another day, hadn’t there?

Under a rug we found newspapers with headlines that spoke of the Japanese in three-letter words. A closet stocked with wartime Popular Science magazines were full of inventions waiting to be discovered. Knives and plates sat in their kitchen stations, reflecting on the meals they’d held and the people they’d served.

In the living room, a baseball-sized photography flashbulb sat in its case, set to illuminate a scene it would never see. A 1940 penny, casually dropped on the floor, sat earned but not spent. Mirrors were stuffed in closets, staring at nothing but themselves.

We three boys were giddy in our discoveries! We ventured to the second floor. The stairs were in such bad shape we had to hug the wall, climbing the shaky steps single file. I made my way to the bedroom, my friends close behind. At the ceiling, there was a small trapdoor and I pulled a chair under it. My friends held me steady as I stood and pulled down the door.

They couldn’t see what I saw. The roof had partially collapsed in the far side of the attic, and shards of sunlight helped me see the dozens of items left by a family who’d never planned to leave their most precious belongings to a foolish stranger. I pulled a trunk close to my face. I lifted the lid and fell onto two straining heads proclaiming: “What did you find? What was it?” 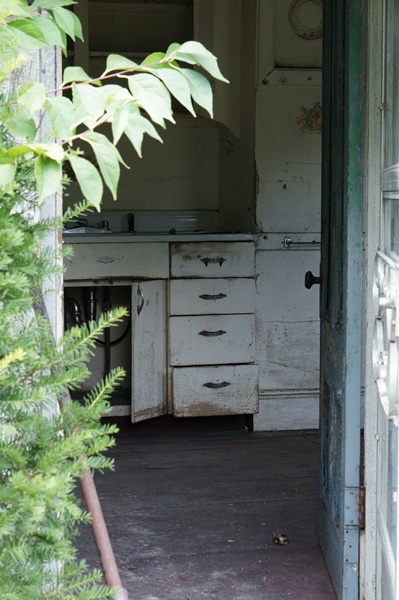 ABOUT THE PHOTOGRAPHER- Ara Hagopian’s debut book “What Happened to Vicky Lee? A Collection of Stories” is out now: http://vickyleethebook.com/

For over thirty years, I have enjoyed drawing beautiful shapes and writing complementary stories. The imagery tends to focus on our place in the world—whomever or whatever we may be. I am influenced by Twentieth Century history—I read vintage magazines, books and letters. Inspiration comes from visualizing human achievement and personal interaction—derived from people, places and things which may be obscure, but never insignificant. My pen-and-ink THE MAGNIFICENT RECOVERY was selected by the Museum of Fine Arts, Boston for their 2008 summer art auction.
View all posts by Ara Hagopian's The LITERATE Show →
This entry was posted in non-fiction, Photography, Wakefield, WWII and tagged old attic. Bookmark the permalink.

1 Response to The Attic Trunk